Our adult education programming is geared toward exploring the meaning of Jewish history, ritual, and thought from a secular perspective. Together, we grapple with questions of historical experience, values, and identity that challenge our thinking.

A foundation of Jewish and progressive literacy keeps our community strong. Come learn with us!

There are many ways to learn at BWC – We offer Yiddish classes, adult education courses (listed below when details are available!), as well as learning opportunities from our social justice committees.

The Circle Book Group meets monthly at BWC on Sunday mornings to discuss fiction and nonfiction books by Jewish authors and/or with Jewish themes. This is an open group that welcomes all readers interested in expanding their understanding of the wide variety of Jewish experiences throughout history and across the world. Previously discussed books are listed below. Book selections are chosen by participates at least one month in advance of meetings. Ideally there are 8 or more Minuteman Library Network copies available.

Book: The Convert by Stefan Hertmans

In this dazzling work of historical fiction, the author reconstructs the tragic story of a medieval noblewoman who leaves her home and family for the love of a Jewish boy.

In eleventh-century France, Vigdis Adelaïs, a young woman from a prosperous Christian family, falls in love with David Todros, a rabbi’s son and yeshiva student. To be together, the couple must flee their city, and Vigdis must renounce her life of privilege and comfort. Pursued by her father’s knights and in constant danger of betrayal, the lovers embark on a dangerous journey to the south of France, only to find their brief happiness destroyed by the vicious wave of anti-Semitism sweeping through Europe with the onset of the First Crusade.

What begins as a story of forbidden love evolves into a globe-trotting trek spanning continents, as Vigdis undertakes an epic journey to Cairo and back, enduring the unimaginable in hopes of finding her lost children.

Based on two fragments from the Cairo Genizah—a repository of more than three hundred thousand manuscripts and documents stored in the upper chamber of a synagogue in Old Cairo—Stefan Hertmans has pieced together a remarkable work of imagination, re-creating the tragic story of two star-crossed lovers whose steps he retraces almost a millennium later. Blending fact and fiction, and with immense imagination and stylistic ingenuity, Hertmans painstakingly depicts Vigdis’s terrible trials, bringing the Middle Ages to life and illuminating a chaotic world of love and hate.

LEARN MORE ABOUT THE BOOK HERE.

This is an open group that welcomes all readers interested in expanding their understanding of the wide variety of Jewish experiences throughout history and across the world.

The Zoom information for this meeting will be shared closer to the event via email.
If you are completely new to Zoom, this informative article and video provide some instructions on how to use Zoom on various devices. 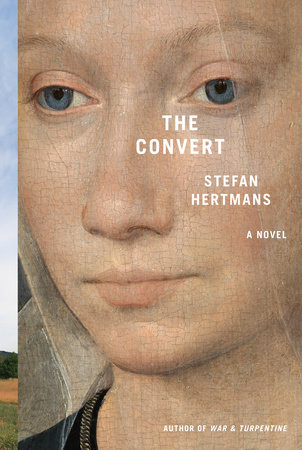 I Was Better Last Night by Harvey Fierstein

The Dovekeepers by Alice Hoffman

Becoming Eve: My journey from ultra-orthodox rabbi to transgender woman by Abby Stein

More than I Love My Life by David Grossman

Can We Talk About Israel? by Daniel Sokatch

Journey to the End of the Millenium by A.B. Yehoshua

The Last Kings of Shanghai by Jonathan Kaufman

1947: Where Now Begins by Elisabeth Asbrink

The Hilltop by Assaf Gavron

Unorthodox: The Scandalous Rejection of My Hasidic Roots  by Deborah Feldman

The Tunnel by A.B. Yehoshua

Tell Me A Riddle by Tillie Olsen

Rebel Cinderella: From Rags to Riches to Radical, the Epic Journey of Rose Pastor Stokes by Adam Hochschild

Dinner at the Center of the Earth by Nathan Englander

Learning From the Germans: Race and the Memory of Evil by Susan Neiman

The Jew Store by Stella Suberman

The Yid by Paul Goldberg

The Art of Leaving by Ayelet Tsabari

The Best Place on Earth: Stories by Ayelet Tsabari

My Promised Land by Ari Shavit

The Weight of Ink by Rachel Kadish

The Book of Daniel, a novel by E. L. Doctorow

The Death of an American Jewish Community, by Hillel Levine and Lawrence Harmon

The Marriage of Opposites by Alice Hoffman

Jewish Pirates of the Caribbean: How a Generation of Swashbuckling Jews Carved Out an Empire in the New World in Their Quest for Treasure, Religious Freedom--and Revenge by Edward Kritzler

The Undoing Project: A Friendship That Changed Our Minds by Michael Lewis

(((Semitism))) Being Jewish in America in the Age of Trump, by Jonathan Weisman

Women in the Castle by Jessica Shattuck

The Hare with Amber Eyes by Edmund De Wall

Born to Kvetch: Yiddish Language and Culture in All of Its Moods by Michael Wex

The Museum of Extraordinary Things by Alice Hoffman

You Say to Brick: The Life of Louis Kahn by Wendy Lesser

Here I Am, by Jonathan Safran Foer

How About Never—Is Never Good for You?: My Life in Cartoons by Bob Mankoff

Buried by the Times: The Holocaust and America's Most Important Newspaper by Laurel Leff

Those Who Save Us, by Jenna Blum

The Paris Architect by Charles Belfoure

The Nazis Next Door: How America Became A Safe Haven for Hitler's Men by Eric Lichtblau.

Notorious RBG: The Life and Times of Ruth Bader Ginsburg by Irin Carmon and Shana Knizhnik

An Officer and A Spy by Robert Harris

On the Move by Oliver Sacks

Boogaloo on 2nd Avenue: A Novel of Pastry, Guilt, and Music by Mark Kurlansky

The Family: three journeys into the heart of the twentieth century

The Jew in the lotus : a poet’s rediscovery of Jewish identity in Buddhist India by Rodger Kamenetz

The Bookie’s Son by Andrew Goldstein

Bech, a Book by John Updike

Einstein: His Life and Universe by Walter Isaacson

Not the Israel My Parents Promised Me by Harvey Pekar and JT Waldman; epilogue written by Joyce Brabner; lettering by Charles Pritchett

Amerika : The Missing Person : a new translation, based on the restored text by Franz Kafka; translated and with a preface by Mark Hofmann, 2002

The Difficult Saint by Sharan Newman

In the Garden of Beasts: Love, Terror, and an American Family in Hitler's Berlin by Eric Larson

The Cross and the Pear Tree: A Sephardic Journey by Victor Perera

The Sacrifice of Isaac by Noah Gordon

The Adventures of Mottel: The Cantor’s Son by Sholem Aleichem

My Father's Paradise: A Son's Search for His Jewish Past in Kurdish Iraq by Ariel Sabar

The End of the Jews: A Novel by Adam Mansbach

The Story of Yiddish: How a Mish-Mosh of Languages Saved the Jews by Neal Karlen

Beyond the Pale: A novel by Elana Dykewomon (also known as Nachman/Dykewomon)

The Merchant of Venice: modern version side-by-side with full original text, edited and rendered into modern English by Alan Durband

Escape to Shanghai: a Jewish Community in China by James R. Ross

The Assistant by Bernard Malamud

The Invisible Wall: A Love Story That Broke Barriers by Harry Bernstein

He, She and It by Marge Piercy

Seize the Day by Saul Bellow

The Harlot by the Side of the Road by Jonathan Kirsch

The life of Glückel of Hameln, 1646-1724, written by herself / Translated from the original Yiddish

A Tale of Love and Darkness by Amos Oz

Septembers of Shiraz by Dalia Sofer

Sacred Trash: The Lost and Found World of The Cairo Geniza by Adina Hoffman and Peter Cole

Can't We Talk About Something More Pleasant? by Roz Chast

The Girl from Human Street by Roger Cohen

The Lion Seeker by Kenneth Bonert

At Home in Exile: Why Diaspora is Good for the Jews by Alan Wolfe

I Married a Communist by Philip Roth

We also offer a series member-to-member learning series we call A Bisl.

What is A Bisl? - In Yiddish, it means “a little bit.” For Boston Workers Circle members, it means a chance to learn and share a little bit about a topic that excites you.

In this time of isolated virtual reality, we're hearing from members that folks want places to connect. So, in collaboration with the Adult Education Committee, BWC is opening up this virtual member to member learning exchange series, A Bisl.

Past topics for A Bisl include:

Bringing Music to Our Shabes Rituals: Exploring Melodies for Our Yiddish Blessings, led by Adah Hetko and Meira Soloff

Like Leafless Branches Coming Back to Life: A Sukkes Willow Workshop, led by Ayelet Yonah Adelman and Liz Krushnic

Making Meaning at Home during COVID 19, led by Rosa Blumenfeld

Zing Mit Mir, Sing with Me, led by Pauli Katz

Letters That You Will Not Get: Women’s Voice from the Great War, led by Susan Werbe

Parenting Through Covid: Support for Families with Young Children, led by Sandy Sachs

Resisting Anti-Muslim Racism in a Pandemic, a Discussion with Fatema Ahmad, ED of Muslim Justice League

Feeling inspired? Click here to lead your own session.

Questions about A Bisl? Email zohar@circleboston.org.

Stay Up To Date!

Sign up to receive our newsletter and our updates will be delivered straight to your inbox.